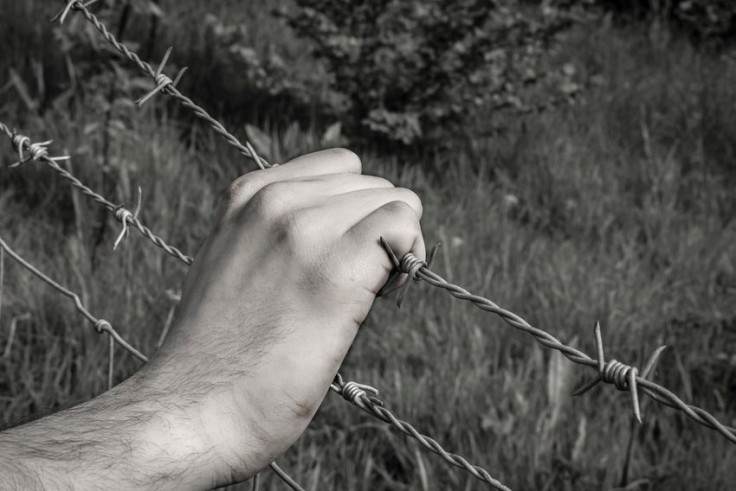 Hurt, anger, a flooded mind, sick feeling, weakness, a change in personality, depression, and feeling of worthlessness are all associated with being around toxic people.  These are people that state untrue things like they are fact and insinuate that others feel the exact same way they do.  Other times, it is a flood of passive aggressive comments and tone, all intended to make you feel less than or insecure to push you into isolation.

What’s interesting about most toxic people is that their sphere of influence is generally much smaller than you think.  If you look closely, there may be a number of acquaintances, but their real friends constitute a very small list. They aren’t happy, and people that aren’t happy are not fun to be around.  Because of that fact, their friendships remain shallow, non-loyal, and are often short lived.

Clear traits of toxic people are:

The flooding of negativity can feel overwhelming.  In some situations, the toxic person is literally out of touch with reality.  I have often found myself wondering if they truly believe what they are saying.  Toxic people will stoop to any level, including lies and elaborate stories to hurt and isolate their target. It is not uncommon for them to project their traits of narcissism and acts of abuse on to the person they are trying to belittle. From my perspective, there are several steps important to take with these people, which include, confronting, setting boundaries, separation, holding accountable, being LARGELY you, and taking higher ground.

Stop making excuses for the abuser’s actions and stop brushing off abusive words or actions with thoughts like, “things will get better” or “they’re just having a bad day.” One instant of someone belittling, taking out his or her frustrations on you, or overreacting in a negative way with something that happened, is not okay.  When words or actions are not appropriate, address them.  However, sometimes their actions can be difficult to confront, especially with passive aggressive comments.  Words said to you, in themselves, may not be toxic, but the tone and intent around what was said can carry with it an entirely different and negative meaning.  When confronting statements that are passive aggressive, state what is fact.  For example, “when you say that, I feel like there is an edge and a tone that is meant to hurt or belittle me. That’s not okay.”

In more severe situations, where the law or company policy may be broken, filing charges or discussing what has occurred with supervisors in a workplace setting is important.  However, keep in mind that truly toxic people will not stop unless they are forced to.  A trail and pattern of their abusive behavior must be documented.  Toxic individuals are often master manipulators and can be convincing to those that do not know them well.  Manipulation is what they spend their time doing.

Separating yourself and cutting out toxic people from your life is the ideal thing to do.  Life is too short to subject yourself to this type of negativity.  But, what about when you are forced to interact with this person? What if this person is an ex-spouse that you share minor children with?  Set clear expectations on what is and is not acceptable.  For example, only accept communication relating directly to the children. When you are required to have phone and electronic communication, limit their communication to one mode, like one specific email account designated just for them. Communication that includes slanderous remarks should be confronted in an adult manner and documented or filed with authorities when it crosses the legal boundary.

Do not give in to a toxic person’s demands when their negative remarks are used to shame you into giving them something you would not have consented to otherwise. When confronting and setting boundaries, it is important to note that a severely toxic person will not stop easily and their attempts at abuse will often step up another level in an attempt to further manipulate or hurt you.  It’s like a bully on the playground.  The repercussions need to outweigh the mental benefits the abuser feels they obtain from continuing their toxic actions towards you.  Talking rationally and using clear reason does not make much of an impact with an irrational person. Set boundaries that you have the ability to control.

When confronting does not work, physical and mental separation are important for your own personal health.  Don’t sit by and engage a toxic person that does not have your best interests at heart, but, at the same time, do not stop what’s important to you to maintain that separation. You may feel mentally flooded when around the toxic individual, but walking through that anxiety will demonstrate how strong you are.  It is important to internalize the fact that the opinions of toxic people are not relevant.  It reveals more about the toxic individual than it does about you.  This can be a lot more difficult than it sounds, due to the fact that toxic people will notice your reactions and target specific things they feel are insecurities within you.  Taking the time to build your self-worth may be the most important thing you do.

Do not minimize who you are, your personality, and your interaction with others.  Make a conscious decision to hold your head high, interact with others, smile, laugh and engage with all the activities you would have engaged in without the abuse you have endured. Don’t be afraid to talk to others about what is happening behind the scenes.  The majority of people don’t like bullies.  This is a time to unite and to create a healthy network of friends and acquaintances. Taking the steps to ensure that you do not fall into isolation helps to add further perspective to the unhealthy acts of the toxic person. In contrast, falling into doubt and self-isolation can trap you mentally within the toxic person’s unhealthy web of lies and abuse.

There is a difference between holding people accountable and letting anger, rage, and vindictiveness become a part of who you are.  Life is short and what you choose to focus on determines your reality.  It is so important to remain conscious of not becoming like them. It can be easy to lash out to a family member or loved one because of the stress or hurt caused by a toxic person.  Embrace the incredible within and seize the great in the world around you. Commit to never negatively treating another individual the way you have been treated.  When you make mistakes, regardless of what others have done, take accountability for the fact that you should have reacted a different way.

Being around toxic people can be one of the most difficult experiences in life, especially when this is a pattern that started in your youth.  Confronting, setting boundaries, separation, holding accountable, being LARGELY you, and taking higher ground sets you on the path to Choose Your Fate.

The Other Side of Helplessness

Author of Lulled, to quiet, silence, pacify, settle down, or hush

2 thoughts on “Living Around Toxic People”